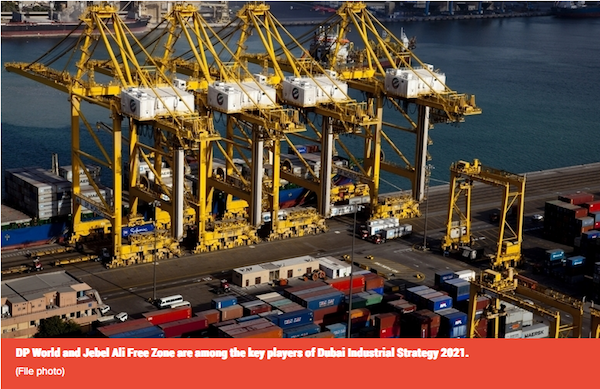 Dubai Exports, the export promotion agency of Dubai Economy, has successfully implemented over 60 per cent of its initiatives designed in support of Dubai Industrial Strategy 2030 in the first phase.

The overall outcomes of the phase-one initiatives, which were endorsed by the General Secretariat of the Executive Council of Dubai, and sector-wise requirements as well as plans for 2019 were recently reviewed by Dubai Exports in a meeting held in accordance with its role in developing exports and driving industrial growth in Dubai.

"The Dubai Industrial Strategy 2030, launched by His highness Sheikh Mohammed bin Rashid Al Maktoum, Vice-President and Prime Minister of the UAE and Ruler of Dubai, seeks to evolve Dubai into a global platform for industries based on knowledge, innovation and sustainability by enhancing industrial growth, industrial independence and integration between economic and strategic sectors," said Sami Al Qamzi, director-general of Dubai Economy.

Al Qamzi added that Dubai Economy along with its agencies is translating the objectives of the strategy into a coordinated approach between various government and semi-governmental entities working on modernising industrial activities in Dubai, developing of new industrial activities and enacting laws according to the labour market requirements.

"The manufacturing sector is currently the fourth-largest contributor to Dubai's economy... we have now completed 60 per cent of our Industrial Strategy 2030 initiatives for the first phase, which will be completed by 2021. The first phase will enhance production in Dubai by no less than 3 per cent and positively reflect on the value added in Dubai and the UAE," Al Qamzi said.

"Given these fundamentals, we aim to position ourselves on the global pharmaceutical industry map by creating opportunities for international pharmaceutical firms looking to expand and reduce costs through shifting part of their manufacturing as well as research and development centres from developed countries, Our mission is to help them move to Dubai and benefit from the advantages Dubai and the UAE have, especially as a hub capable of hosting global companies."

Eng Saed Al Awadi, CEO of Dubai Exports, said Dubai Exports works with more than 25 government entities and free zones, including industrial parks, legislative authorities and the private sector, to implement the Dubai Industrial 2030 strategy. "Specialised groups comprising 44 members, including from Dubai Industrial Park, Dubai Science Park, Jebel Ali Free Zone and the government support team for industries, are focusing on each of the priority sub-sectors targeted in the Strategy."

"These initiatives were developed by the work teams after analysing the maturity of the industrial environment in the emirate, contributing factors at the local and global levels and technical competencies of local industries. The industrial infrastructure, availability of incentives, financing, environmental sustainability factors, manpower, technology adoption and other factors in each of the target sub-sectors were also evaluated."